The best teachers are open to new ideas and new ways of doing things.  Every once in a while I have the privilege of working with a teacher who is both knowledgeable and willing to try things a new way.  Recently I visited a classroom that was implementing some suggestions I have given them around integrating core vocabulary words into daily classroom life.  This teacher found some great ways to connect core words and her adapted academic curriculum.

She started with a core word of the week. 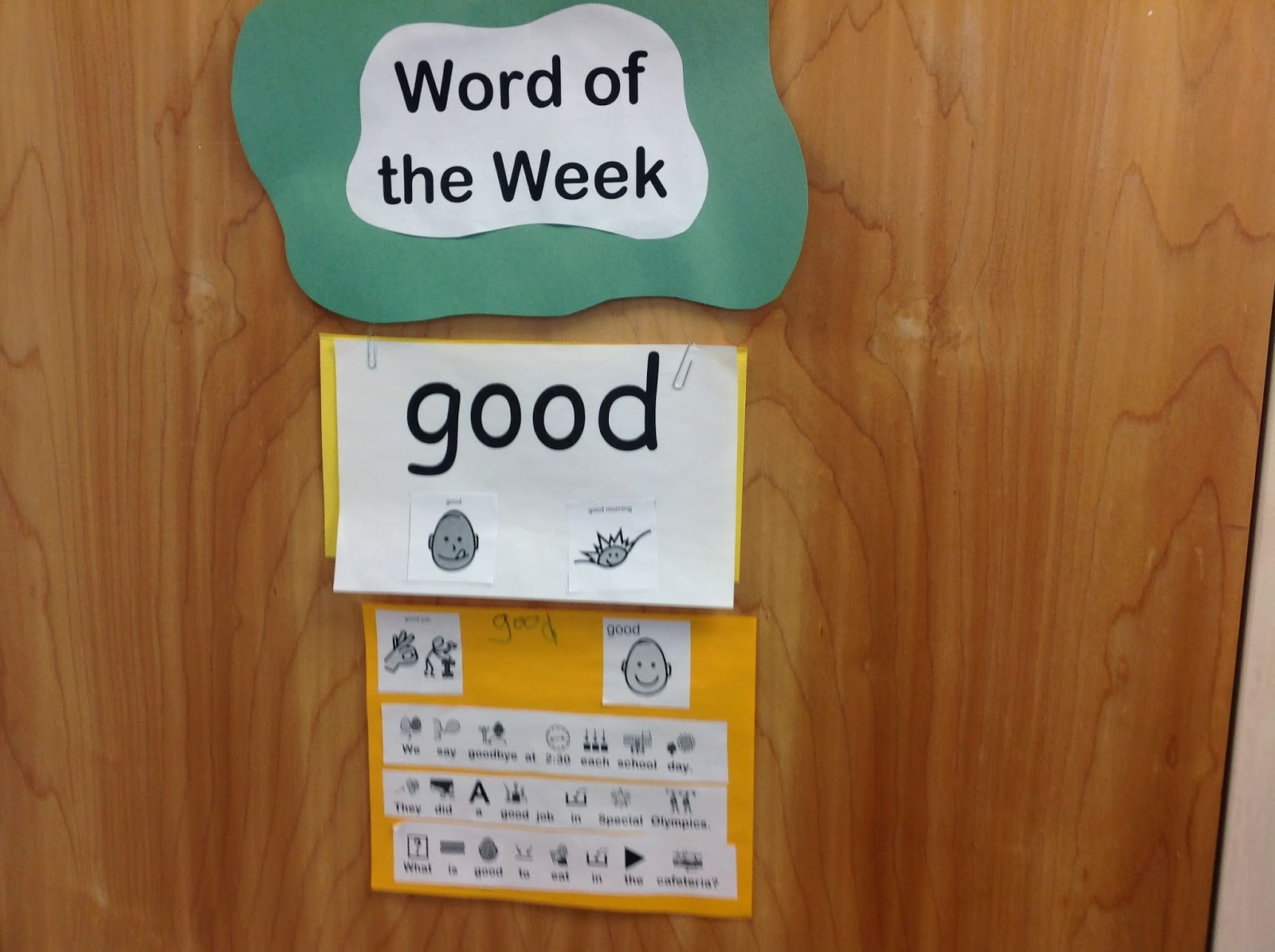 The core words are drawn from a list of top core words for AAC combined with words needed for using the common core curriculum in the classroom.  Every week a word is selected and displayed with the related symbol(s) on the wall.  Students are introduced to sentences using the word in different contexts. 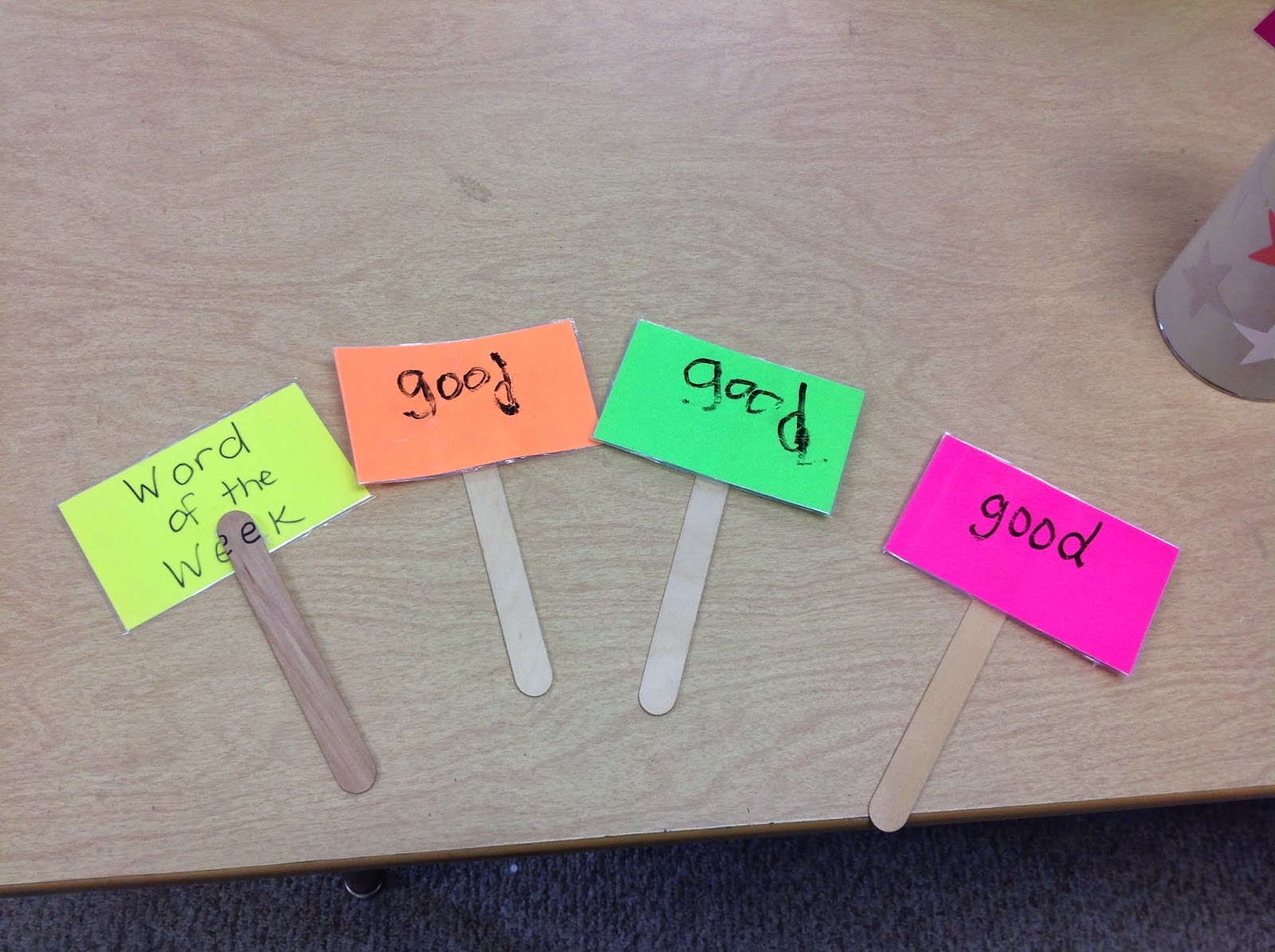 The teacher has a word of the week sign for each student, basically a Popsicle stick with a colored card on it.  One of the students who has writing ability writes the new word on the cards each week.  The students (and staff) hold up the card and wave it around whenever the word for the week occurs during the day.  The teacher and staff, of course, make an effort to use the word as much as possible during the week.  One of the great lessons I observed this teacher use with the cards was to use Tar Heel Reader, a free accessible book collection, to project a story on the white board and have students hold up their cards when the word was read.  Of course there are dozens of other ways to reinforce core words during the week such as making collages of images related to the core word and doing "Read the Room" searches for the word. 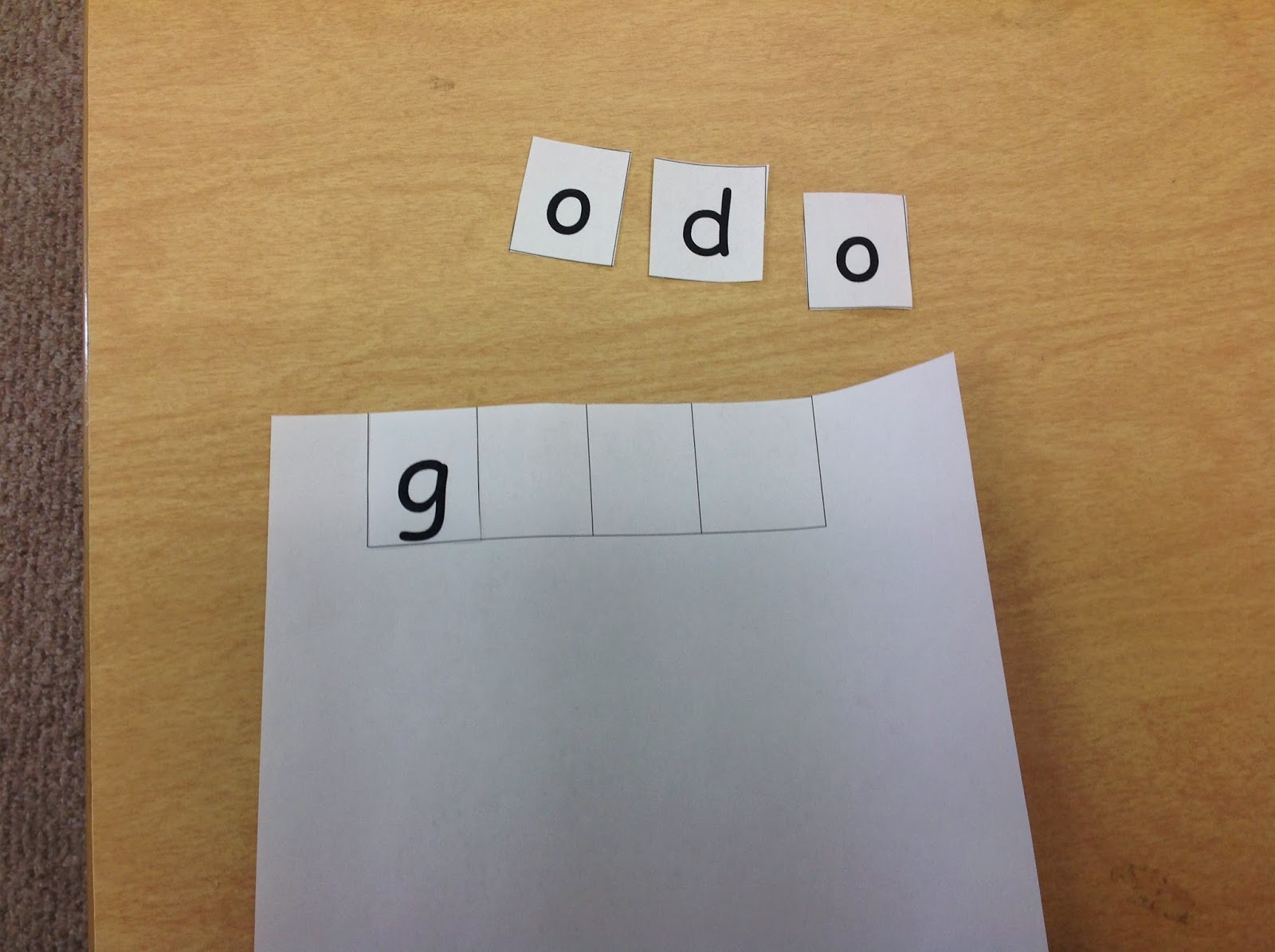 At the end of the week the students take a quiz where they spell the word and add symbols and sentences to the page.  This is easily differentiated for students with different abilities by making the spelling matching or by changing the array of choice for any question. 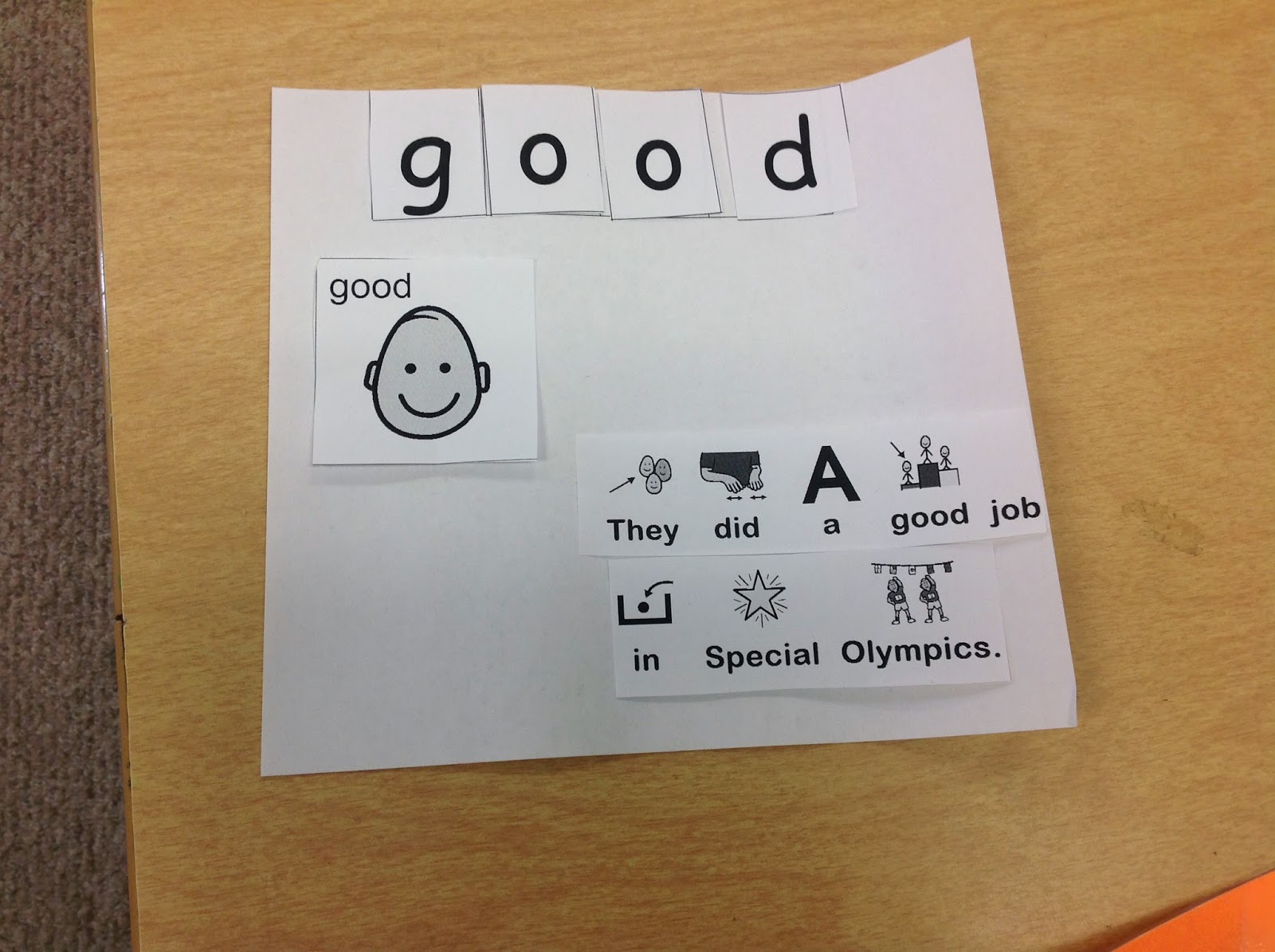 The pages are collected over the year and will be turned into a core word dictionary or glossary for each students.  The students will get to chose how they arrange their book - alphabetically, parts of speech or some other way.  If you have students who are using speech devices or systems with color coding another idea is to make the pages on construction paper that matches the color code of the communication system. 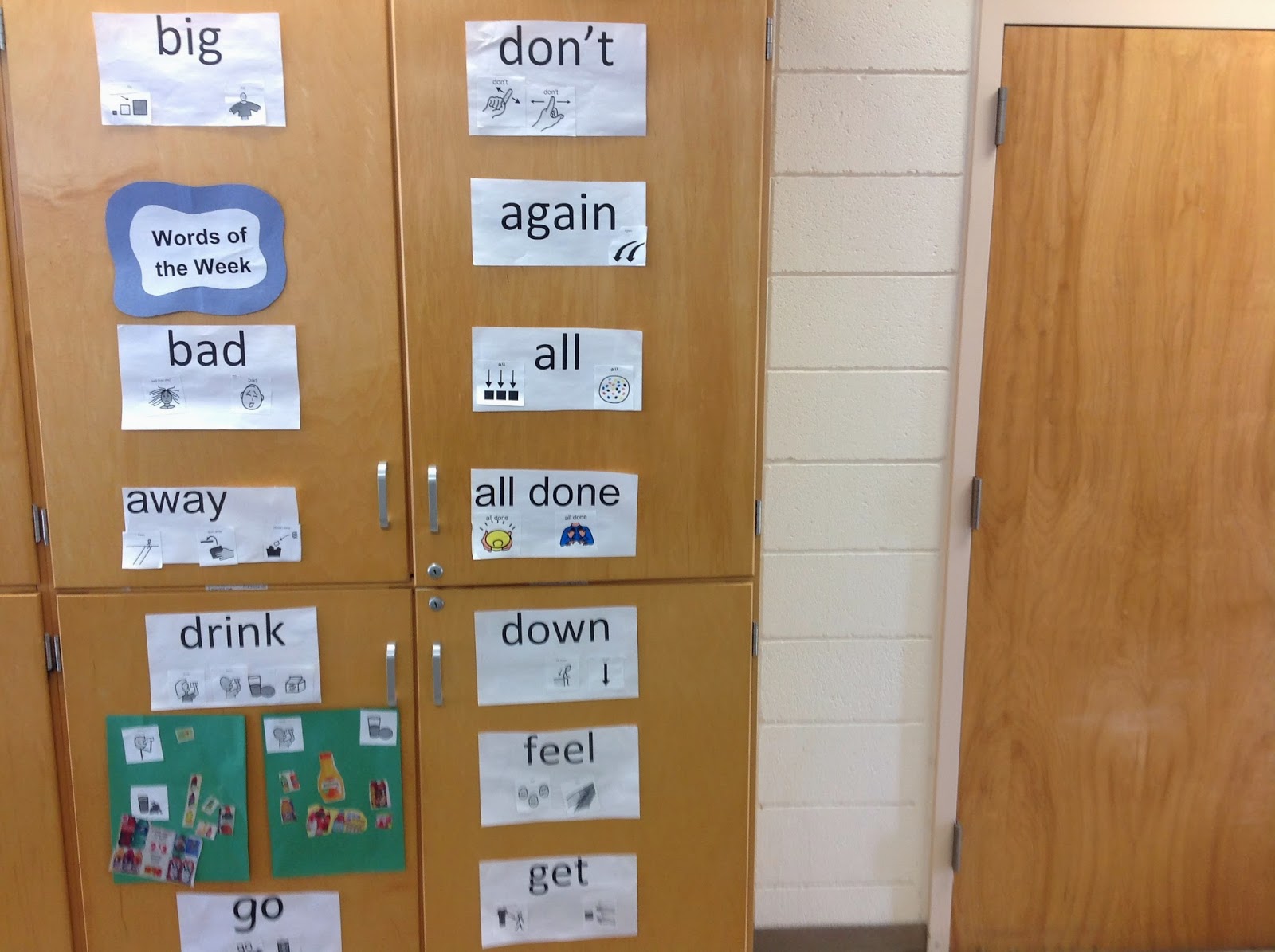 Finally when a new core word is introduced on Monday the word from the previous week is moved to a word call.  This way words are available in an ongoing way and students are able to reference those words for a variety of purposes.

Isn't it wonderful how Core Word instruction is being integrated into this classroom?  How do you do it in your classroom? 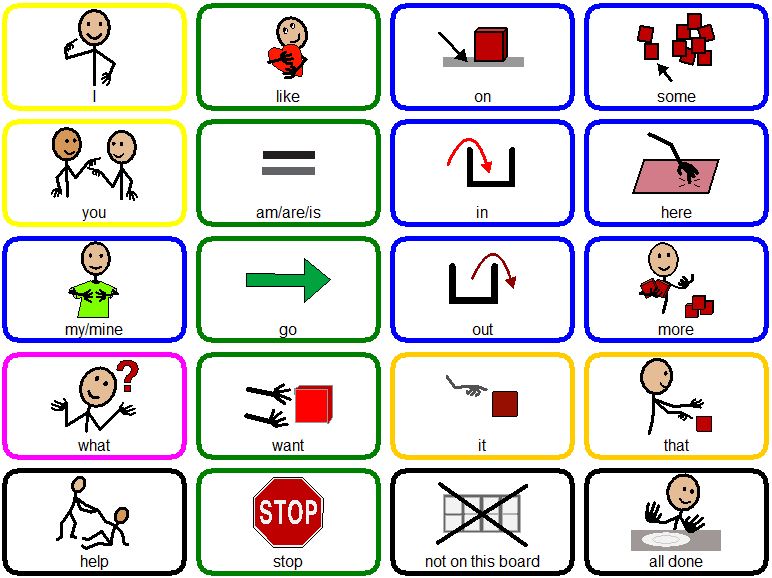 When writing communication goals and objectives for learners with complex communication needs one place
to start is the research.  What does it say about the skills needed to be a competent communicator?

In 1988 Janice Light et al wrote of four competencies for AAC users: Linguistic, Operational, Social, and Strategic.  I would add one other for our more involved AAC users - Self-Advocacy.  Breaking down an overall goal to increase communicative competencies into these five parts is a great way to make sure you are addressing all areas of need.

Social: this competency focuses on social interactions and pragmatics.

Operational:  this competency focuses on the ability to handle the actual physical use of a system.

Strategic:  this competency focuses on the ability to notice and fix communication problem, as skill all of us, not just AAC users need to practice!

Self-Advocacy: this "bonus" competency is a must for alternative communicators with more complex needs.