Taking a Stand Against the FC Come Back

Facilitated Communication, recently rebranded as Supported Typing, is an unethical and means physically supporting, oftentimes unknowingly physically forcing, individuals with complex communication needs to communicate by pointing to letters on a piece of paper, board or keyboard. FC, as it is known, has been condemned by the American Academy of Child and Adolescent Psychiatry, American Academy of Pediatrics, American Psychological Association, American Association on Intellectual and Developmental Disabilities, American Speech and Hearing Association, International Society for Augmentative and Alternative Communication, The Association for Behavior Intervention International, The Federal Trade Commision, the entire Swedish public education system and many others.  See a list here: https://en.m.wikipedia.org/wiki/Facilitated_communication#Organizations_that_oppose_facilitated_communication 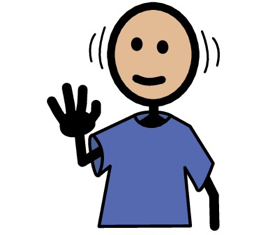 It can be correctly argued that FC has been fully debunked starting in the early 1990s and with over 50 more studies since which clearly and irrefutably shown many, and in some cases all, of the messages are actually written by the facilitator.  The scare research validating it is deeply flawed. It can also be correctly argued that FC is dangerous with false allegations of abuse sending families using FC into a tailspin with the legal system and, occasionally, leading to other facilitators feeling it is appropriate to accept consent for sexual activities from communications that facilitator is "facilitating". It should also be noted with abuse rates of those with complex disabilities up into the high nineties any practice which trains, expects or insists that a person with a disability allow another person to manipulate/touch their body, especially without their consent, is problematic and may be part of grooming these individuals to be abused.

Many proponents of FC argue that some FC users become independent. This is true, in a few notable cases, but there is no evidence these individuals would not have learned literacy and to communicate through other methods. Nor is there evidence that even a small percentage can of FC users find similar success. Without such success FC creates a very small world for the the vast majority of people using FC to communicate. A world limited by their access to a facilitator where every word will be doubted because of the methodology being used. This is a shame since we have so many other wonderful, valid and independent ways for those who need alternative ways of communication to create and share authentic messages.  It is also a shame since individuals who could be communicating freely are held hostage to the system of FC unless they are one of the few who becomes autonomous.

It isn't. FC is a highly problematic, debunked and unethical means of offering communication to someone who doesn't speak. We must demand all individuals with complex communication needs be given robust AAC systems without prerequisites, be exposed to thousands of hours of aided language input, be taught to read and write using the latest research in literacy instruction and be included in their communities.  We must, at the same time, stand up to the resurgence of FC, and its cousin RPM.  We must stand up despite the bullying and harassment FC supporters dump on those who stand for truly presuming competence and potential. For over ten years I have written this blog and never have I taken a public stand on this, fearfully of the harassment and accusations and believing ultimately science and respect would win out.

Now I take a stand and I ask you to sigh this petition to ask New England College to cancel the FC training  on their Concord Campus and ask MGH and its Lurie Center to stop promoting this dangerous and unethical practice.

How can you take a stand?

Email the president of Massachusetts General Hospital and ask him to stop the Lurie Center, part of his hospital, from promoting FC pslavin@partners.org

Email the president of New England College and ask her to cancel the upcoming FC training. president@nec.edu

UPDATE: The training  was held. The Lurie Center/MGH requested I remove that post, I refused. I heard later that the SLP who listed her Lurie connection on the advertising was let go from the center.

See DLM on ways to teach individuals with CCN to communicate, read and write: http://dynamiclearningmaps.org/
at 1:17:00 PM No comments: