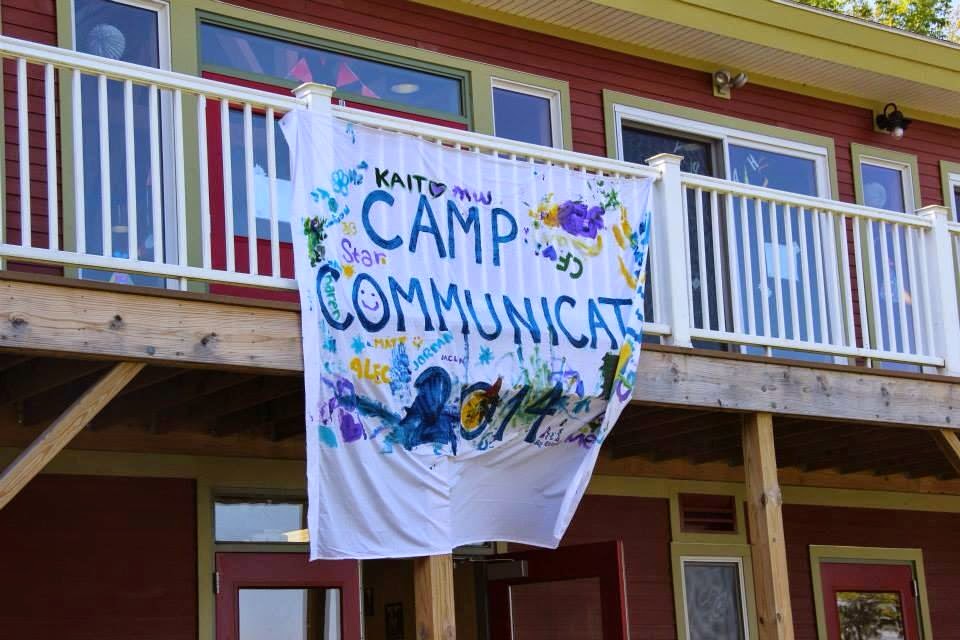 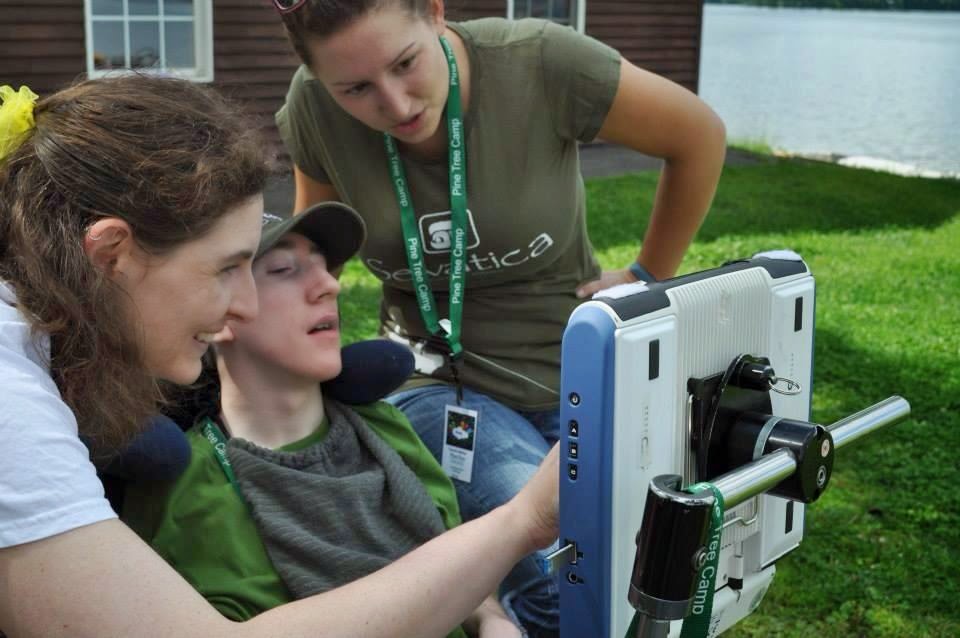 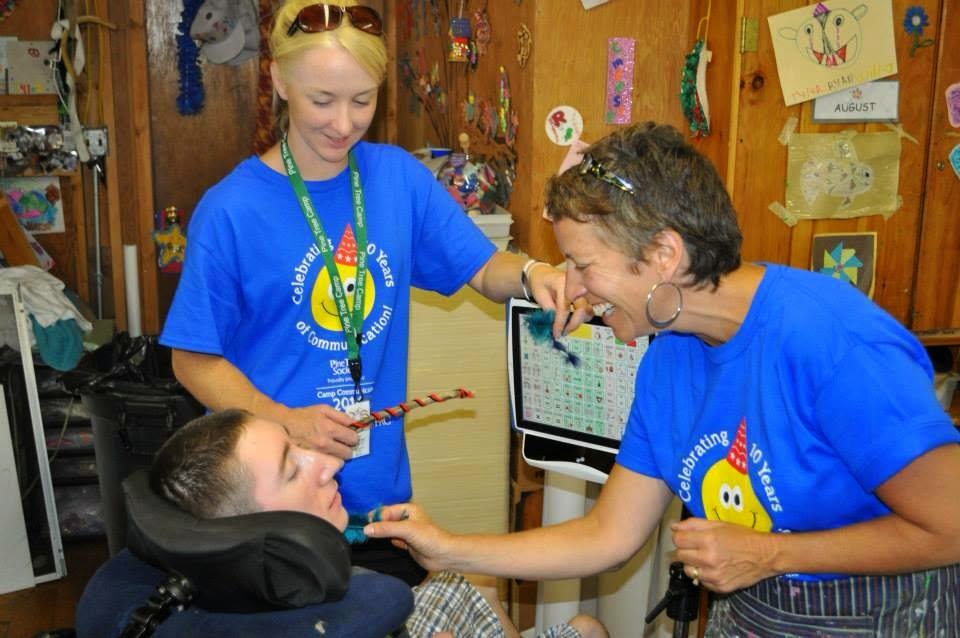 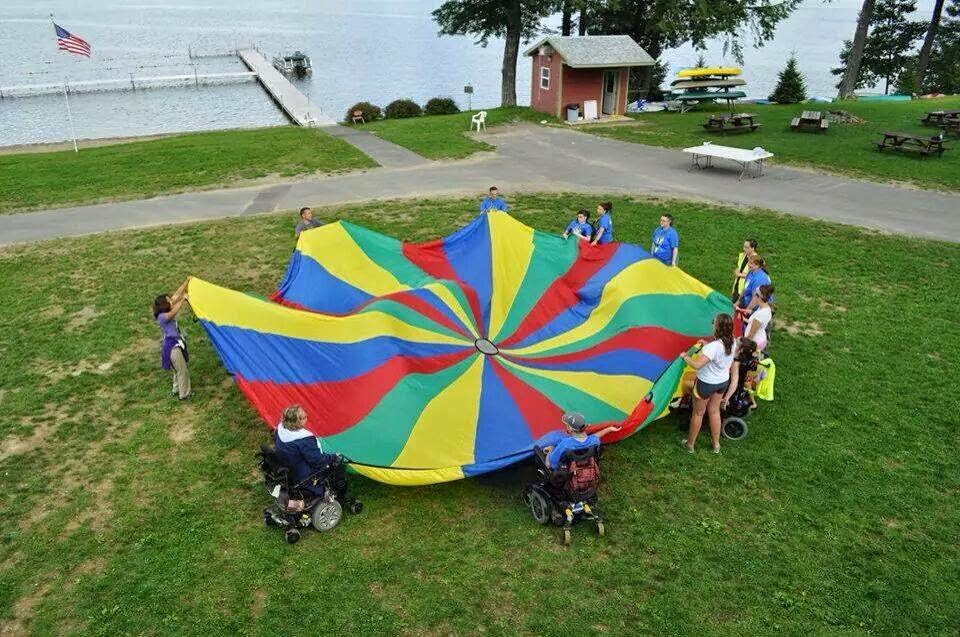 Each camper worked on this in drama therapy and then a dress rehearsal before this performance for their parents, caregivers and siblings.  Every student choose their own statement on how their light shines using his or her speech device.
at 8:32:00 PM