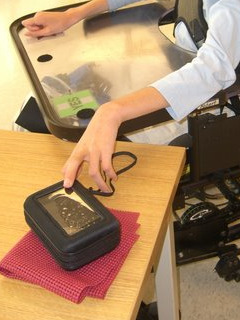 Over six months ago I wrote a Donors Choose grant application for an iPod Touch for my classroom and about a month ago it was fulfilled. A few weeks ago it arrived. A week after that I purchased an iMainGo speaker case (which I will need to replace as we seem to have gotten a dud - I have had many iMainGos and it is an awesome solution, but this one has been terrible). One of the things our classroom staff marveled at was how quickly some of our students mastered turning up the volume while music was playing!

Our iPod Touch has quickly become one of the most valuable tools in out classroom. It is loaded with the following:
We have used the iPod Touch: